PIP or picture in picture effects will reduce the size of the layer and move it next to the edge of the project. We can get similar results by using the transform options in the Control Panel. But, in a lot of cases, it can be a lot faster and more practical to use the PIP effects.

Some people who make the software tutorials, gameplay videos or video reviews tend to use this effect to include themselves in the video. This way by applying the same value to the effect, they always get the same result. This is how you can use it.

In the Controls Panel with Position, we can select which edge the panel will be aligned to. With Scale, we can select its size and the Margin lets us select the distance between the video and selected edge. This is a pretty simple example. But, that doesn’t stop us from being more creative with it. 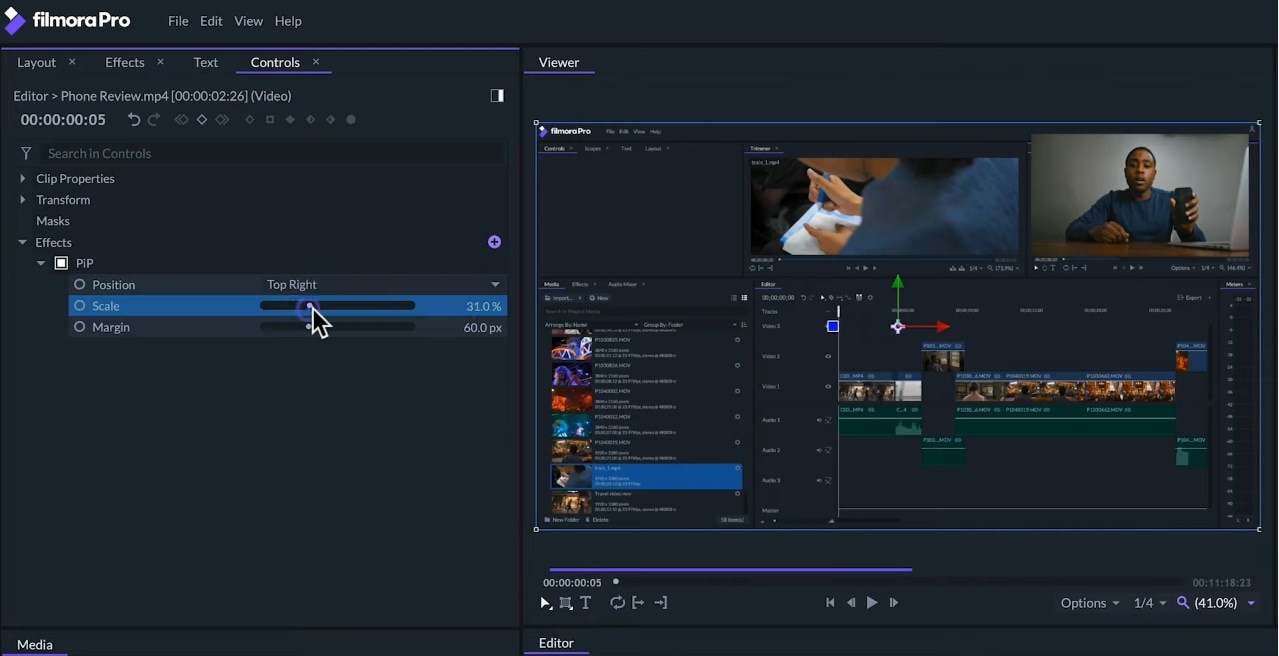 One of the most used effects for graphics is Drop Shadow. This simple effect creates a color shape below the layer to imitate a shadow. This will stimulate the feeling of a dimension of a layer on top of another one. In the Controls Panel, we can change the direction of the shadow. We can even change its distance, color, transparency, size, and blurriness. 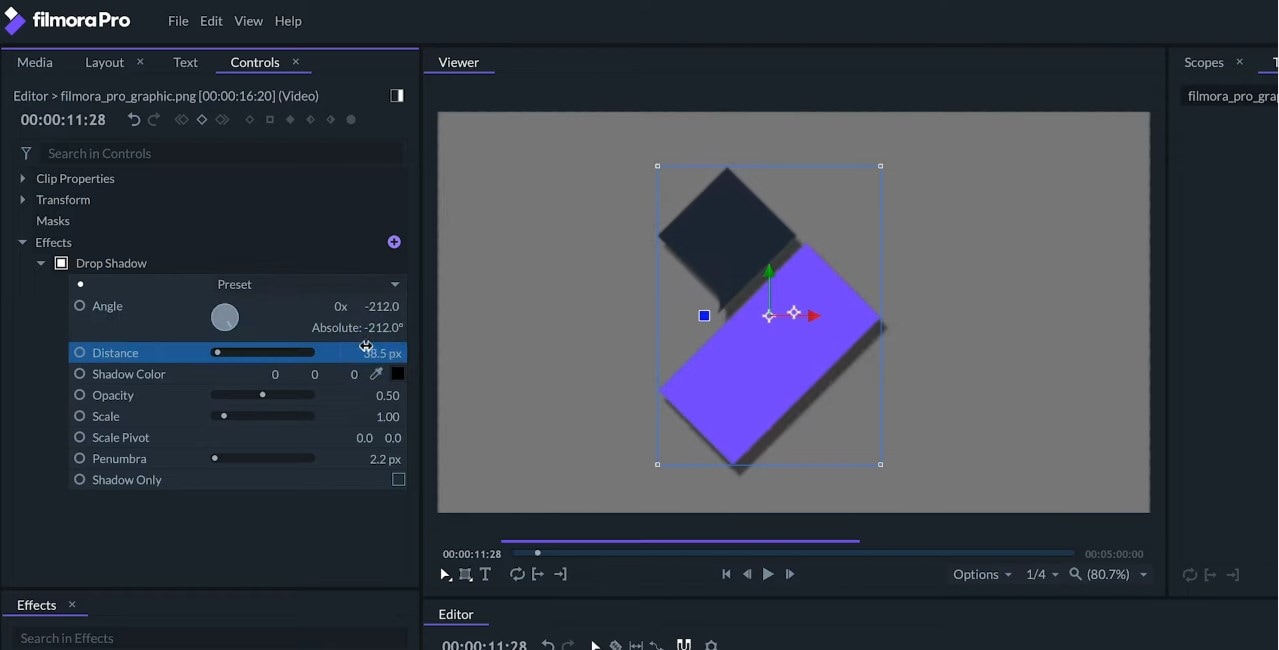 So, all these options let us create the kind of shadow we want. If we reduce the distance and increase the size, we can use the same effect to create borders around the object. Instead of a dark color, we use a break color with blurriness. The effect will look more like a backlight than a shadow. This effect already includes some pretty cool presets that you can try out.

When we are animating graphics on top of other layers, we’ll usually want to make these graphics appear and later disappear without affecting the clip below it. The animation effects are great for this because with just one effect we can add a transition at the beginning and end of the clip. This transition will be applied to the transparency of the clip so it won’t affect the layers below it. 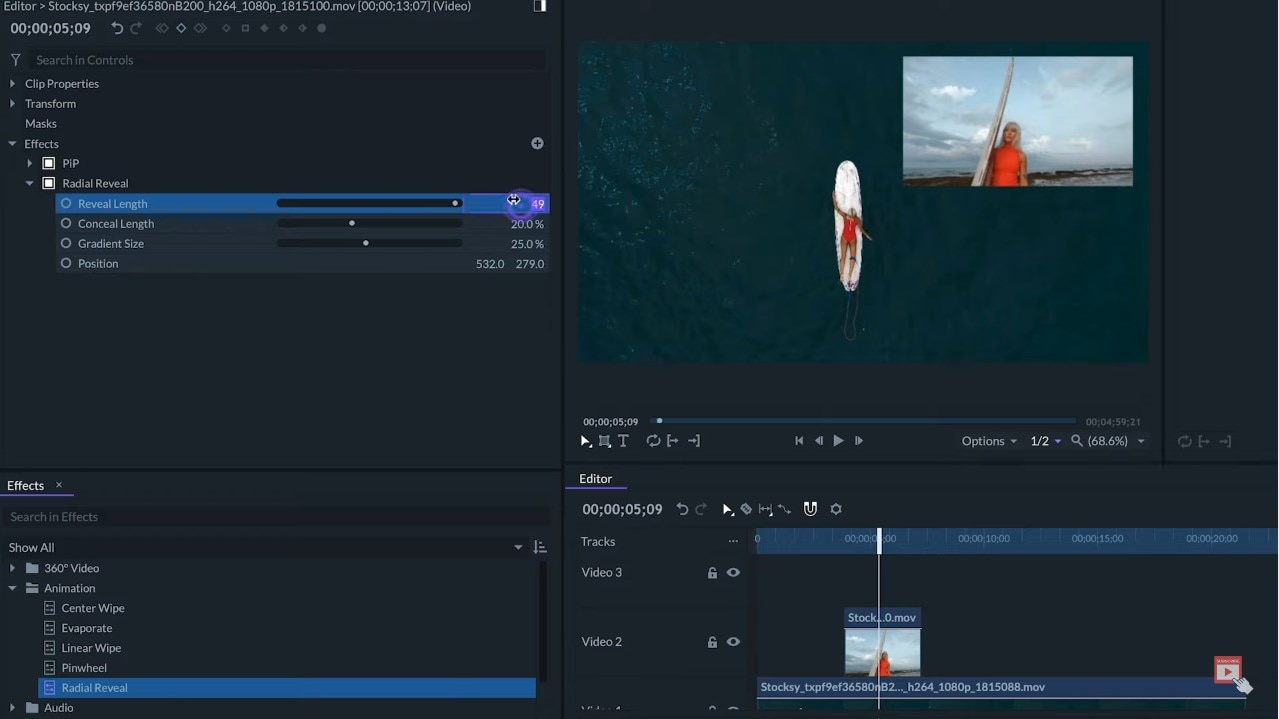 Even if we trip the video, the transitions will remain at the beginning and end of it. FilmoraPro has five different animation effects -

So that was another look at PIP and animal effects. If you want to learn more about editing in FilmoraPro, check our other tutorials.