In this tutorial, we'll learn about the Audio Compressor. We'll learn what it's for, how to use it, and how to adjust it.

To work around these issues, we can use the compressor.

How Does the Compressor Work

The attack time will set how fast the compression will start affecting the audio after the signal goes above the threshold. For example, if we set a value of 2, the sound will go above the threshold during two milliseconds before it starts being compressed. This will generate small peaks before each compression. If we set the value to zero, there won't be any delay.

In this example, we can see the natural volume of the speaker goes up and down several times. In this case, it goes up to -7 dB and here up to about -4 dB. Near the end of each sentence, his voice only goes around -18 decibels. And at the very end of the sentence, his voice goes as low as -25 dB. The rest of the audio section has a level of around -13 decibels.

So, this is what we'll do here. We'll add the compressor effect and set a pretty low threshold around -18 dB and a ratio of 2 dB. Then, check out the results. 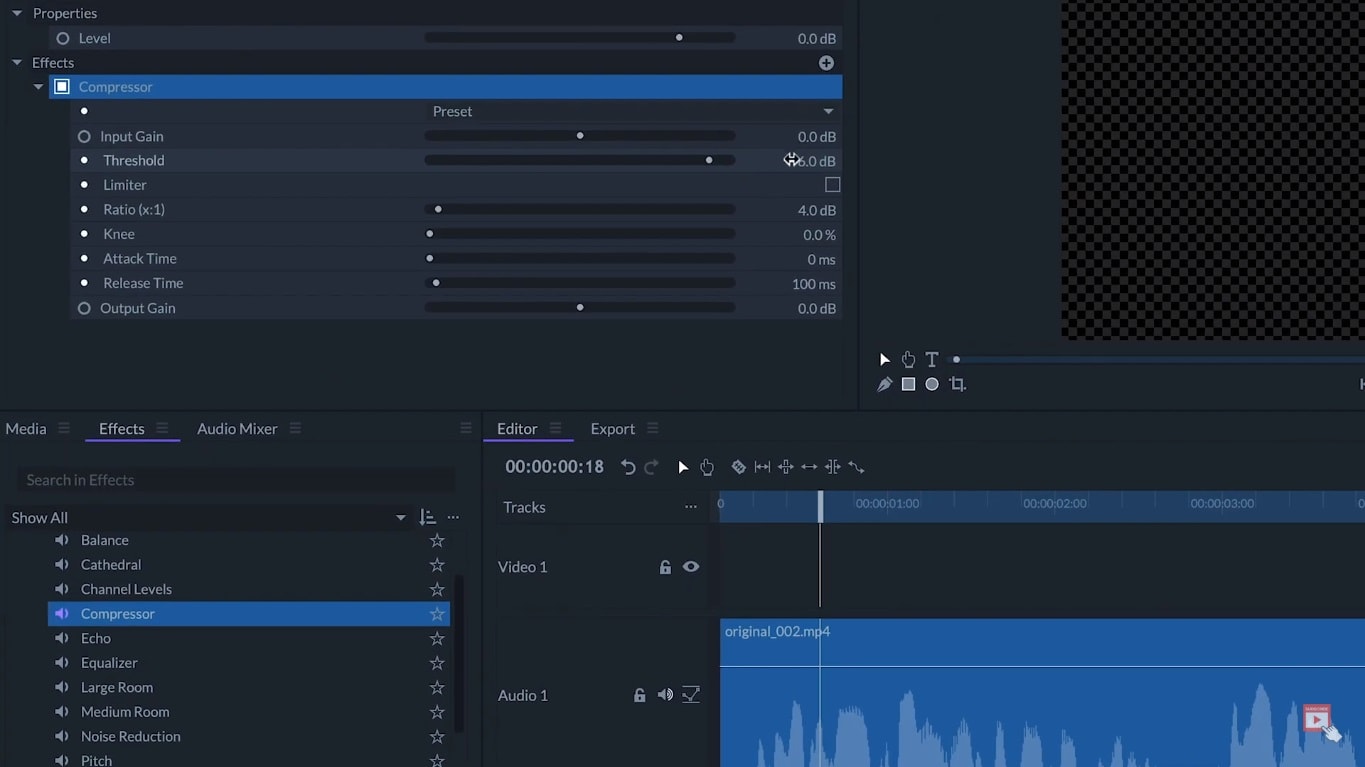 Now the overall values oscillate between -3 dB and -14 dB, which are acceptable. If we want to keep the maximum level of the results closer to the originals, we can lower the Output Gain to -2dB.

Here is a comparison between the original clip and the final result.

So, that's a look at how to use the Audio Compressor. To learn more about editing in FilmoraPro, check out other tutorials in the series. And remember, there's no limit to what you can make.