How To Fix OBS Full Screen Not Working Issue?

OBS Studio is the most popular free video recording and streaming software. However, there are certain OBS issues that are often reported on different forums. OBS Studio not recording full screen is a common complaint. There are many who have reported that OBS is capturing Windowed screen but as soon as they are switching to Full screen recording, OBS fails miserably and captures only a black screen instead. There could be various reasons behind OBS full screen not working.

First of all, OBS Studio files could have got corrupted somehow. Sometimes, OBS Studio is heavily using CPU resources in capturing full screen, and hence, due to very fast access, CPU has limited the access of usage. There are could be a compatibility issue with OBS Studio and your Windows version. Sometimes, any third-party screen recording software could intervene in OBS operation. In this article, we will illustrate all the possible ways to fix OBS does not recording full screen issue.

By default, OBS CPU usage present is set to very fast. This means the encoder is running very fast which leads to less CPU time usage. The higher the present, the less is the CPU usage. Unless you have a high-end computer, this default setting can lead to rendering and encoding issues. OBS uses more CPU resources when you are recording full screen. CPU tends to limit its allocation for OBS when OBS starts using CPU resources at a very fast speed. This leads to OBS not full screen recording issue. You should change the setting by taking the following steps.

Step 3: Go to Output tab and change Output Mode from Simple to Advanced.

Step 4: Change CPU Usage Present from Veryfast to Ultrafast so that OBS uses less CPU resources for the encoding process. 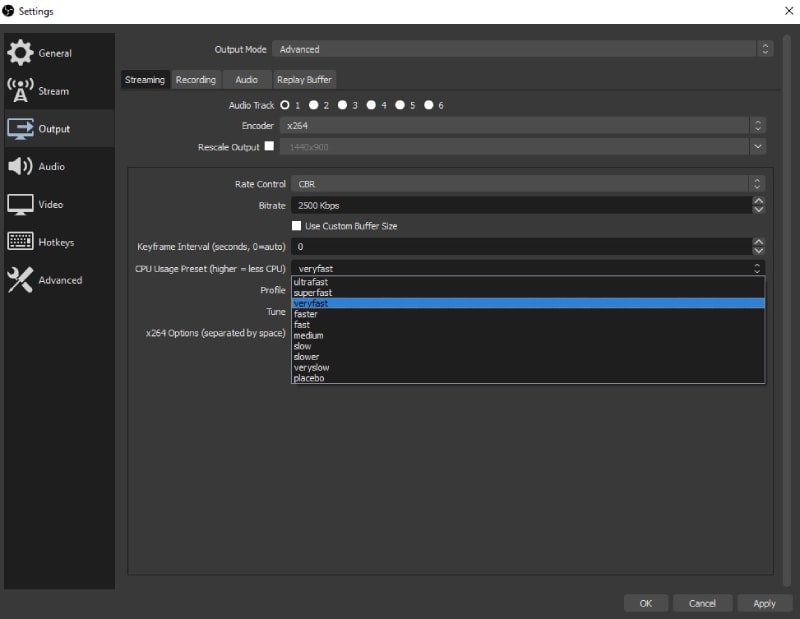 There are certain gaming features available in Windows 10 that cause rendering issue for OBS studio. If game mode is on, all the GPU resources are used in the active game and hence, OBS suffers in performance. Similarly, if Game Bar recording is on, it interferes with OBS Studio full screen recording and leads to OBS studio not recording full screen game. You need to turn off Game Bar recording by taking the following steps.

Step 3: Go to Xbox Game Bar tab on the left side.

4: Turn it off so that it does not record your gameplay. 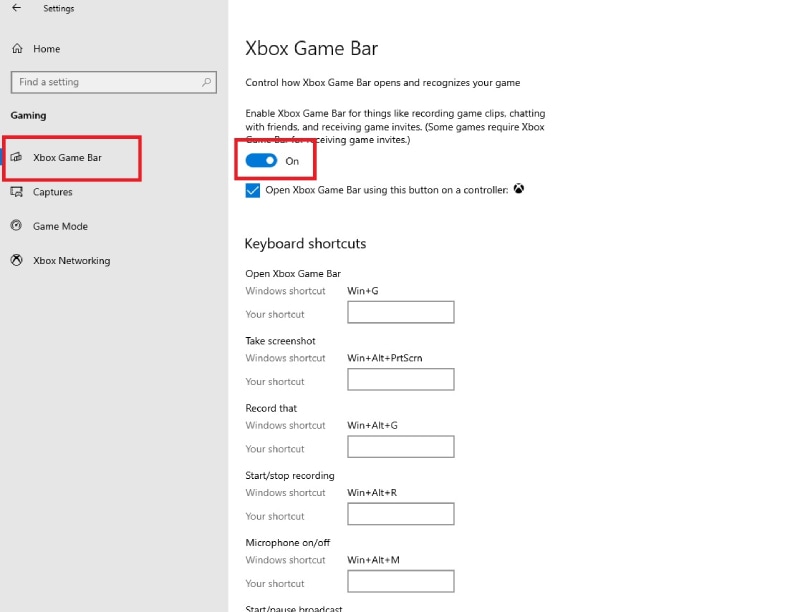 One of the common reasons why OBS does not recording full screen is due to compatibility issue with the operating system. That is why there is an option available in Windows to run any application in compatible mode with lower Windows version. You can do the same for OBS Studio and there are many users who have reported the issue of full screen recording getting solved when they changed the compatibility mode to Windows 8. Here are the steps you have to take.

Step 3: On Task manager, find OBS Studio under Apps. Right-click on it and select Properties. 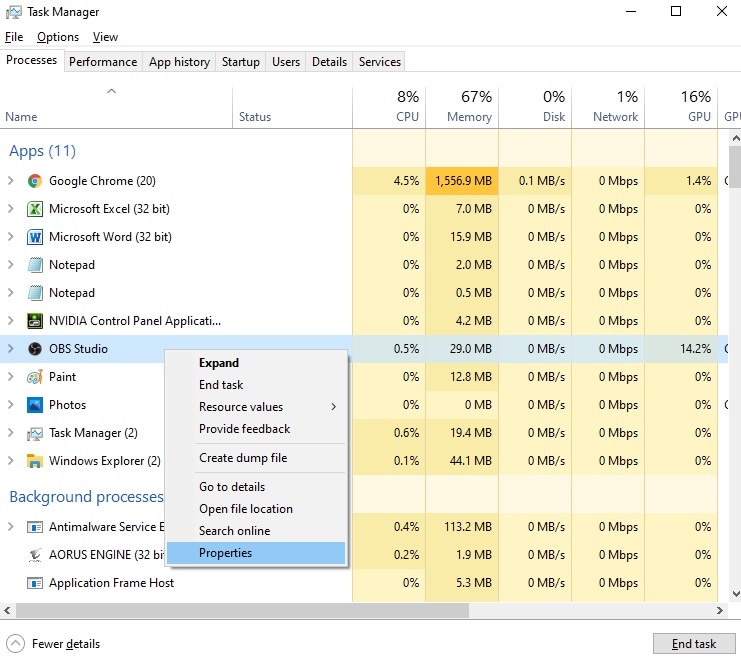 Step 4: From Properties, copy the file location. Open File Explorer and go to the copied location by pasting on Address Bar.

Step 5: Find OBS Studio Application file and right-click on it and select Properties. 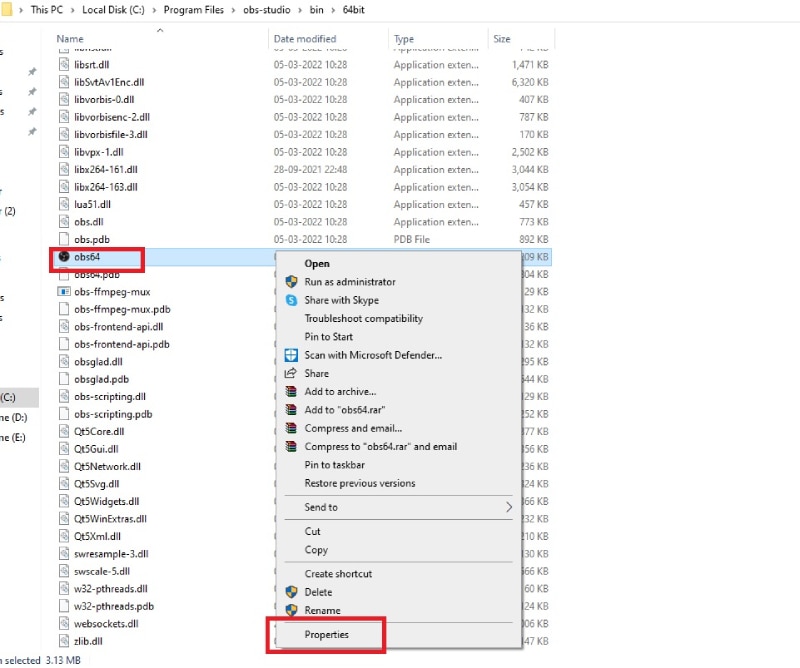 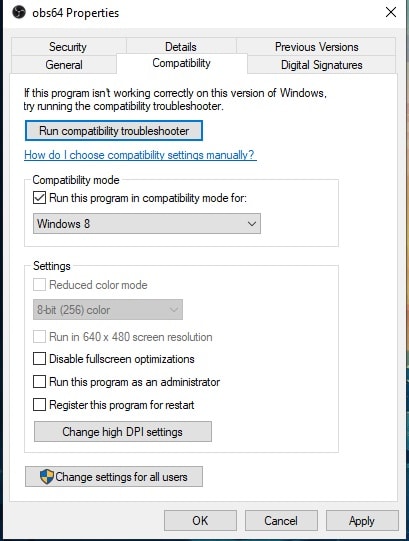 Relaunch OBS Studio and check if the problem is solved.

When OBS Studio not recording full screen game, you have to move to Windowed Mode momentarily to ensure OBS Studio is actually capturing the gameplay or not. After capturing your gameplay in Windowed mode, you can switch to Full Screen Mode and check if the problem is solved. This helps as the default settings get reset and any issue with the settings causing the problem gets resolved. Here are the steps to follow. 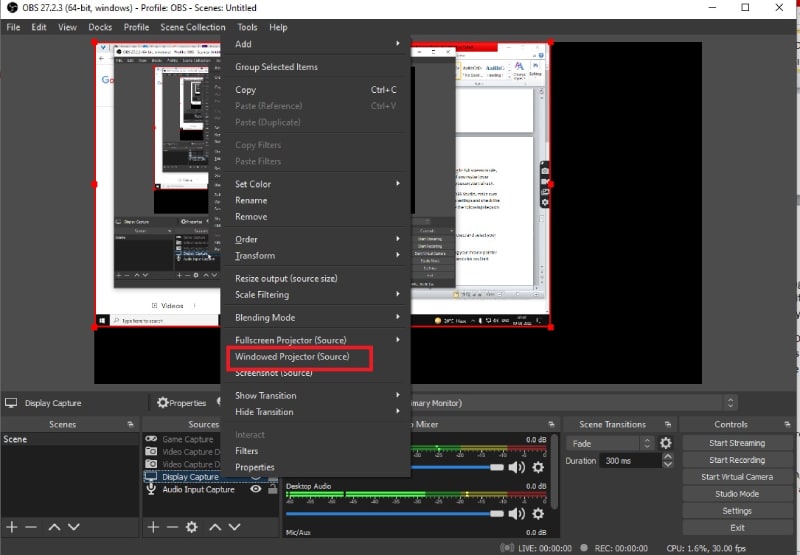 Step 4: Click on Start Recording and move to your Windowed game screen. After recording for a few seconds, click on Stop Recording. Check if the recording has been successful.

Step 5: Thereafter, you can move your game to full screen mode. On OBS, you can then select Fullscreen Projector and select your monitor.  Start recording again and see if OBS can capture the full screen now. 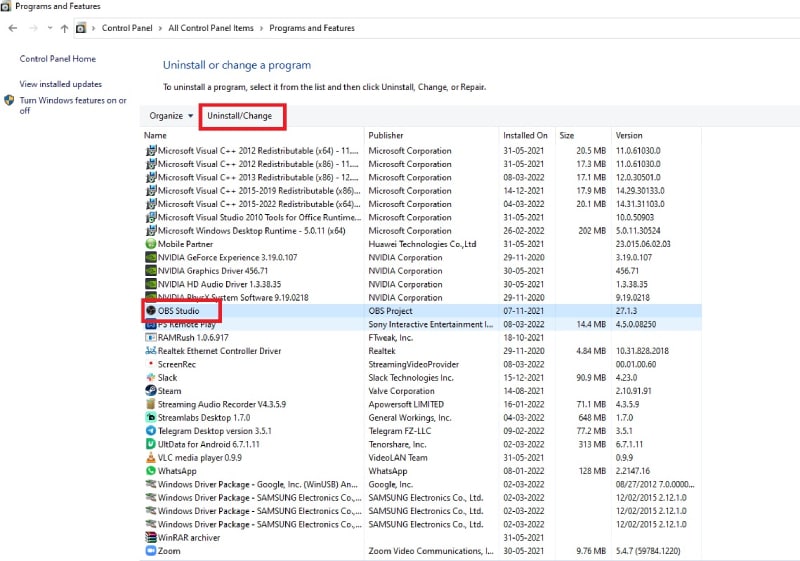 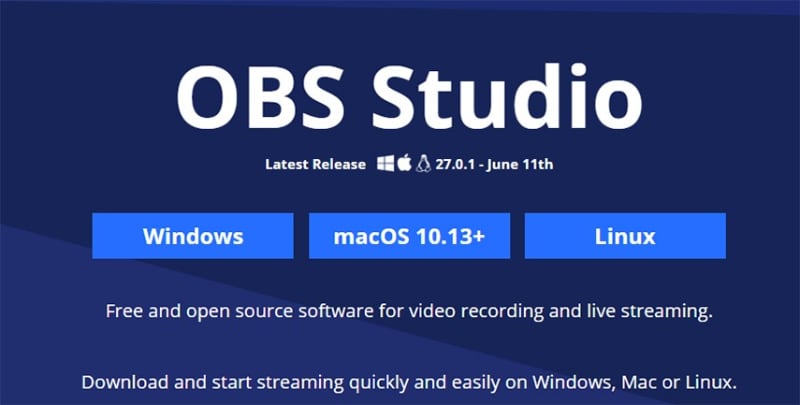 Step 4: Download and install OBS Studio as per your operating system. Give all the necessary permissions during installation.

Step 5: Launch the OBS Studio after installation and check if you can record in full screen mode.

When none of the above solutions work for you and even after reinstalling OBS, the issue is not solved, you have to move on from OBS Studio. We recommend Wondershare Filmora as the best alternative to OBS Studio. You can record your full screen as well as part of your screen as per requirements. You can also adjust all the different parameters of recording. Contrary to OBS Studio, Filmora has a better user interface as well as an advanced video editor. Here are the steps to record the full screen with Filmora. 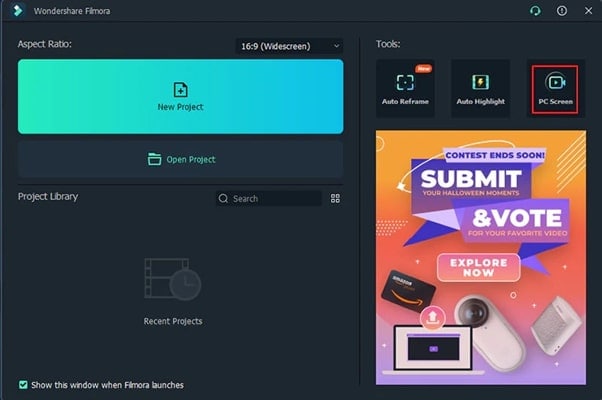 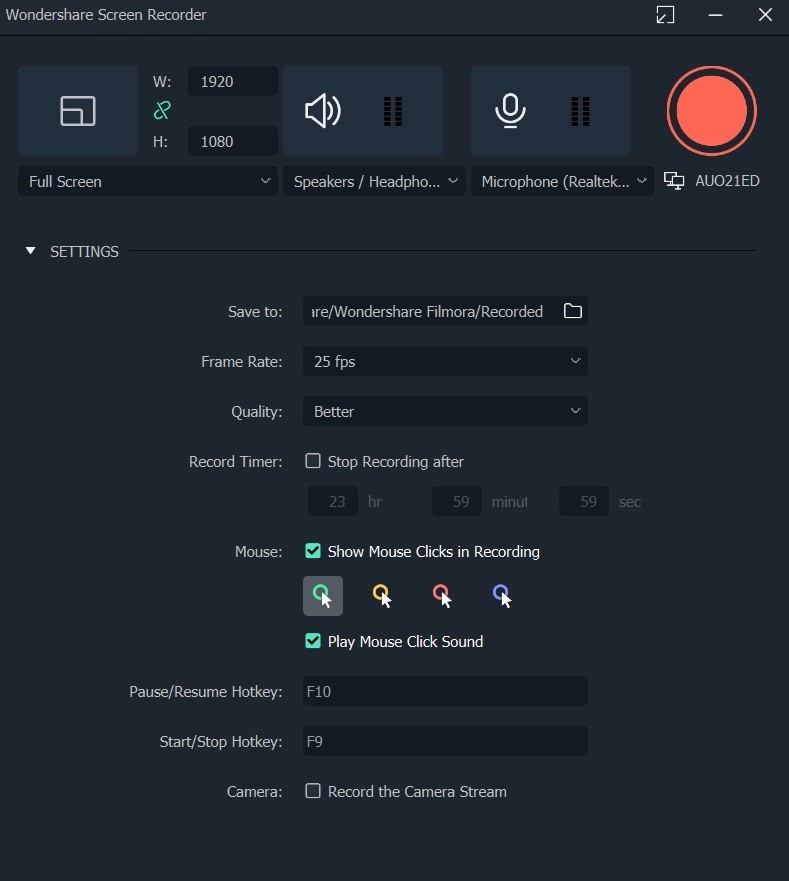 Step 3: Click on Record button when you are ready. You will get a few buffer seconds to switch to your application or game in full screen mode. Thereafter, Filmora will start recording in the background.

Step 4: When you are done, click on Stop button or press the Hotkey you have set to start and stop recording. You can edit the video and click on Export to save it on your hard drive.

OBS full screen not working is a common issue that many users have reported on various OBS forums. There are various reasons behind the issues and we have provided all the possible solutions to fix the issue. You should try out all of them step by step before giving up on OBS Studio. Wondershare Filmora is the best alternative to OBS Studio for full screen recording without any issue.