How to Record Gameplay with OBS

The popularity of gamers is exploding on YouTube, Twitch, HitBox, Bigo and various such online platforms. Such gamers record their gameplay with a recording software and edit it wherever required before uploading them on online platforms. If you also play games and you think that your gameplay can get online users interested, you should first know how to record gameplay with OBS.

OBS is the most popular gameplay recording software that most gamers use for recording as well as live streaming their gameplay. The software is available free of cost and there is no dearth of configurations and settings to record the gameplay as per requirements. You can capture gameplay even when you are playing from your gaming console. In this article, we will explain how to record gameplay on OBS without lag.

There is no better free alternative to OBS when it comes to game recording. Even though it is completely free, there is no dearth of standard and advanced settings for gamers to record and stream their gameplay like professionals. Here are some of the important settings on OBS Studio how to record games properly.

Output:Under Output Settings, you can configure your streaming and recording parameters. Focusing mainly on recording, you can set the path to save the recorded videos, recording quality as required, recording file format, encoders and much more. You can also set the output mode to Advanced to configure advanced audio settings and enable replay buffer option.

Video: Under Video settings, you get to select base resolution as well as output resolution. The higher the resolution, the larger will be the file size of the recorded video. You can also select FPS value which is extremely important from gameplay recording perspectives.

Audio: When you are talking about how to record ps4 gameplay with OBS, you have to pay equal attention to recording audio from the game as well as your commentary. Under Audio settings, you can set sample rate, channels, desktop audio, mic and auxiliary audio and likewise.

Hotkeys: Hotkeys are keyboard shortcuts that you have to press for quick actions such as start recording, pause and stop recording. You can mute audio, turn off video capture device momentarily, switch between scenes, take screenshots, and much more. Go to Hotkeys tab and set the hotkeys for instant action without using your mouse.

Advanced: There are various advanced configurations and parameters available under Advanced settings. You can decide process priority and set it to high for faster processing. You can select video renderer and color format which are significant. If you are live streaming and you want to stream with a delay, you can set it here.

Part 2. How to Record Gameplay with OBS

Even though OBS is slightly complicated to use but it is very effective for live streaming and recording gameplay. The software is available for Windows, macOS and Linux. You need to download the software from the official website and install it. Here are the steps you need on how to record switch gameplay with OBS.

Step 1: Launch OBS on your computer.

Step 3: Give it a name and click on OK button.

Step 5: Click on OK button and the Game Capture will appear under Sources.

Step 6: Open your game on full screen and come back to OBS and you will see the game on the window.

We suggest you follow the above-mentioned steps as well for your query on how to record switch gameplay with OBS.

If you are not comfortable with OBS and you are looking for a professional gameplay recording with a proper video editor, we recommend Wondershare Filmora Recorder. You can record gameplay with webcam and mic so that you can showcase your gaming screen along with your reactions and commentary. In general, you cannot upload your gameplay straight away on online platforms. You have to edit out the boring parts and add some effects from better aesthetic value.

Filmora comes with a built-in video editor where you can trim and crop, add audio and video effects, change green screen background, add texts and logos and much more. Naturally, such an edited video will get traction immediately over any straightforward gameplay recording. The first step is to download and install Wondershare Filmora on your computer. Here are the steps to follow to record gameplay with Filmora.

Step 3: Select the recording screen size which is full screen for recording any game.

Step 4: Click on the Record button and the recording of the gameplay will begin. You will get a few seconds before actual recording starts in the background. 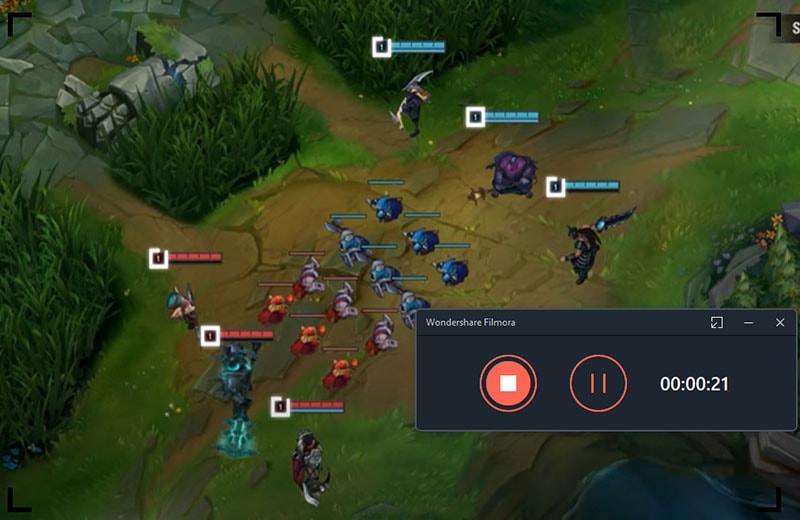 Step 5: Press F9 on your keyboard to stop recording. You can export the video after the required editing. 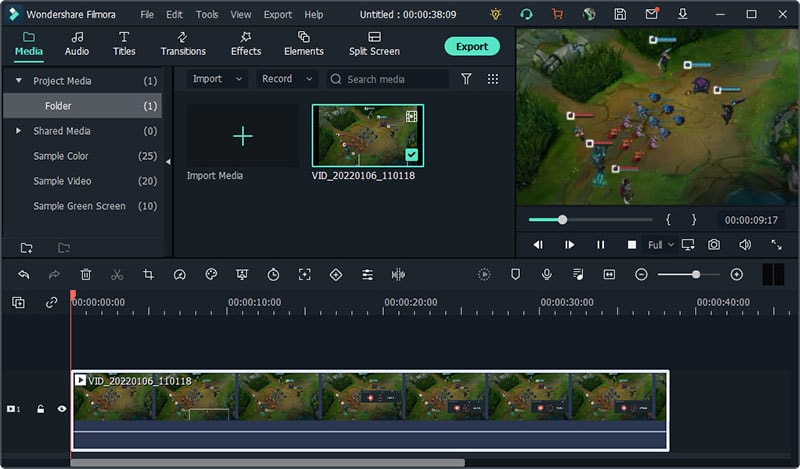 We have answered all the queries on how to record gameplay with OBS. OBS is the most preferred desktop software application for live streaming and recording gameplay. However, some gamers find it difficult to use and there are some reports of OBS slowing down performance. As an alternative, we recommend Wondershare Filmora for recording your gameplay with webcam and editing the recorded gameplay for the professional outlook.