Screen recorders are Android supportive applications that support your easy download of displays, record games or videos and audios. No ads screen recorder provides users with the ability to take screenshots, record live videos and wallpaper displays as required. No advertisements included in the recording software are a boon for the screen recorder no ads apk download in androids.

Advertisements are even more repetitive with each day surfing on the internet nowadays. Screen recording apps with error messages and spam are good for marketing among enterprises but distressing for personal usage. Download screen recorder no ads which are available for both phones and windows. This guide has 6 top no ads screen recorders no ads to leverage your experience of streaming and recording visuals hassle-free.

Record screen, audio and webcam at the same time. Edit the recordings with rich tools and effects!

Are you waiting for an app to download, proceed with required sign-ups, access watermarks and record limitless then Snipclip Screen recorder is something you should gauge into. Snipclip is an app designed to simplify your screen recording experience at ease on the internet. Keep your recordings privacy intact by converting your web recording files to mp4 files in one click. 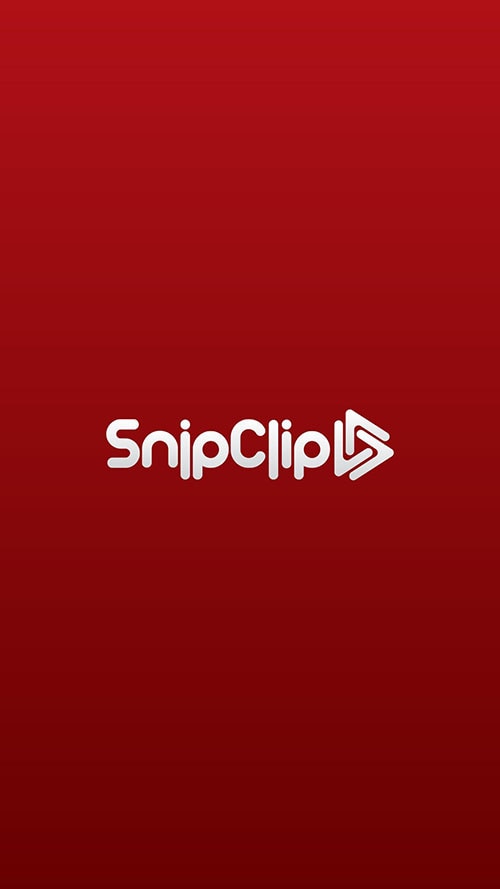 Snipclip is a suite of web-based video tools that provides you to screen record short clips best for youtube streams and tutorials. No ads screen recorder is a crucial phenomenon for anybody right after the norm of work from home set up emerged, as co-workers or friends cannot show someone what is there on the screen, while they peep or look over a shoulder and laugh, what was done in the office. 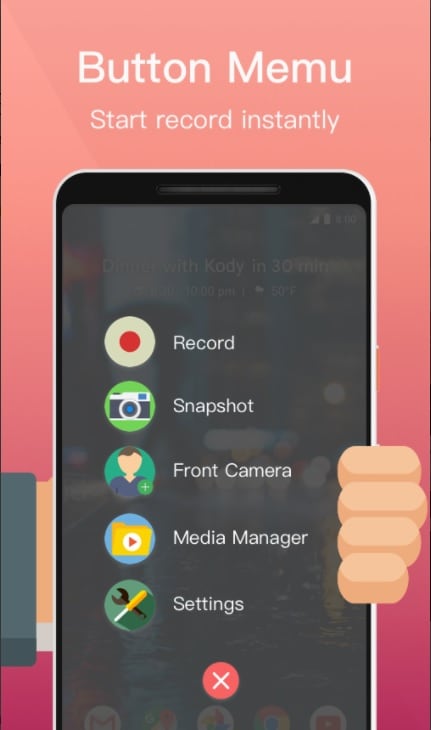 Suppose your recording was hoarded in a low battery and the device experiences a power-off midway, users need not worry as the recording is saved by default. It also does not restrict your recording time or limit the length of recording. Record the recent dance video or cooking tutorials with the high-end interface it provides.

The app provides you to download, record and broadcast most android games, capture sounds and stream live to a larger audience. You are needed to use a MIC to record the internal and external audios. Of course, screen recorder no ads built-in record features are substantial. 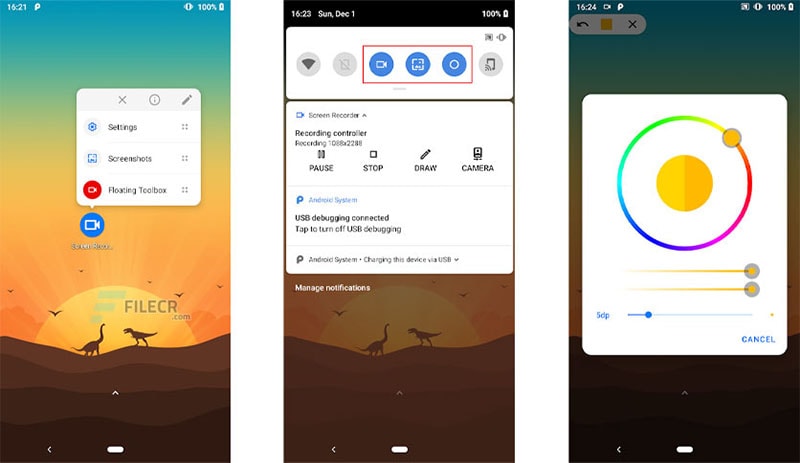 The user experience would particularly depend on the type of interface it customizes for users. It allows touch inputs, supports face cam while screen recording and audits external audio and video trimmings without degrading the screen quality.

ADV Screen recorder is devised to be fully displayed, without imposing restrictions and without requiring root. Among all the tools available when recording alongside options to draw notes and write over the clip. You can take screenshots, or you can record a segment of your screen. Its features have two different recording engines.

ADV Screen Recorder comes with support for the resume mechanisms. It helps to produce live illustrations over the screen recording, users can utilise both the front and the rear camera during the recording. You can also adjust the resolution, FPS, and bitrate for the recording. 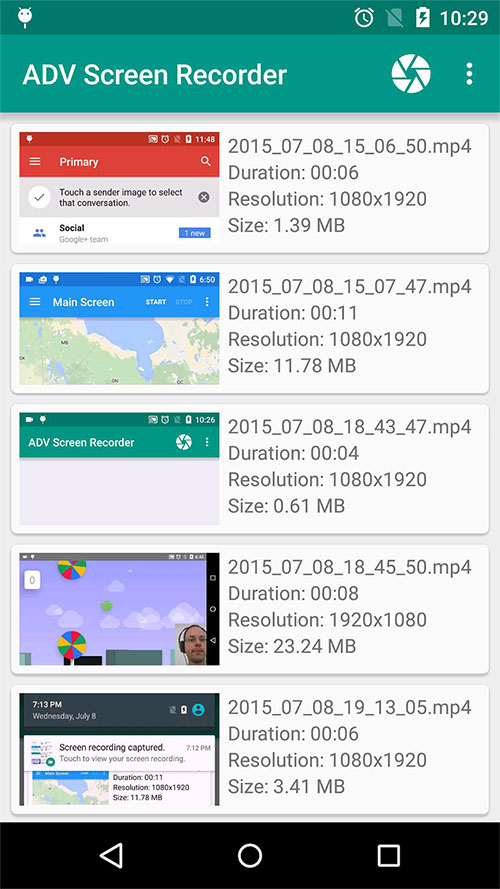 You are able to record everything that happens on the screen of the device with ADV Screen Recorder. It stands perfect for editing enthusiasts, possessing animation, video tutorials, and then editing the recording with different tools. This app lets you enable or disable audio recording as appropriate.

Draw on the fly with your favourite colour. Anchor your text and banner with full customization. It is one of the securest screen recorders no ad apk to download.

To install in windows for the non-paid version users are required to download XePlayer or any Android Emulator for doing screen recording and no ads.

X Recorder is designed to screen record any video playing on your android mobile which includes the videos that do not permit a grant for download. X Recorder enables premium edits without degrading the resolution of the screen recorders. Hence, users can adjust different recording parameters. 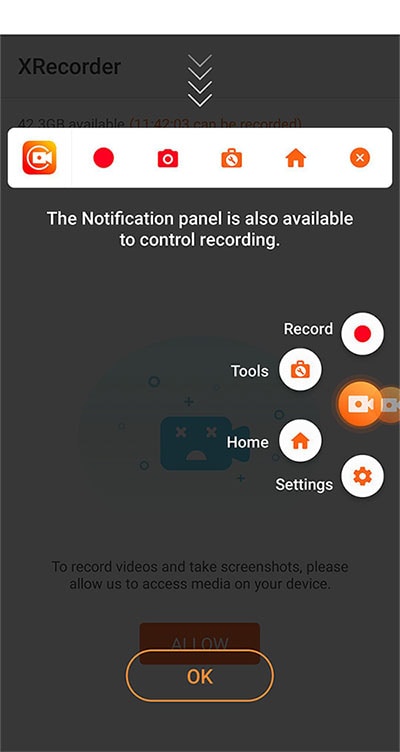 Users are enabled to screenshot images in a static moment while screen recording the clips. The free version of XRecorder is advertisement supportive, however, it does not allow watermarks. It is one among the lot that can justify its hierarchy at the top for the quality editing it enables.

It records at 1080p and up to 80FPS, as much as you may need for the devices. It sustains a very handy video recorder that does not require permission to record footage even if the internet is inaccessible.

The free version of X Recorder sometimes appears ads as a repository.

Any individual hoping to make tutorials or content for their YouTube is suitable to download the app. Indeed MNML Screen record no ads is the best option among the lot. Since they are not used for walkthrough recordings you may just require a screen record to show a friend or family at distance. 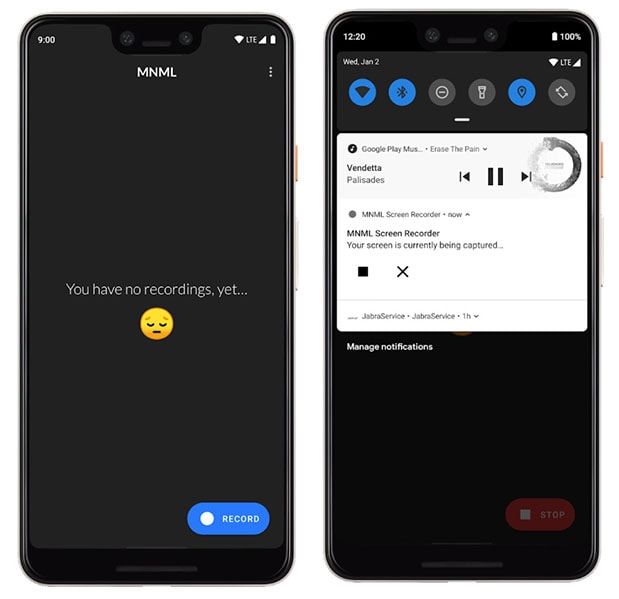 MNML Screen recorder does not require rooting and the device has been worked hard on to raise the limit of resolutions where it capped up to 1080p. Android has made it incapable of reaching a particular record rate with bit rates up to 24Mbps.

Professional or catchy looking screen recordings are the icing on the pie for bloggers, influencers and streamers. Be it tutorials, reviews, blogs or informative videos we are sure that screen recorders no ads suit the best user demands. Customize the applications as per your need and deliver screen recording with the best technical support, user permits and advanced functioning.