Wondershare Filmora for Mac lets you import video shot by any digital camera, camcorders, mobile devices, etc., in all significant standard and HD video formats. You can also record your video from your webcam.

A Media Library is provided for you to organize your media clips to easily and quickly catch assets for your projects.

How to Import Media Files

There are 4 ways to import media files.

❶ Click the “click here to import media” in the center of the Media Library to add files directly.

❷ Go File > Import Media, or My Media > Import and choose one of the below sources:

❸ Click the Import on the top bar to import the media file.

❹ Drag and drop to the Media Library directly. 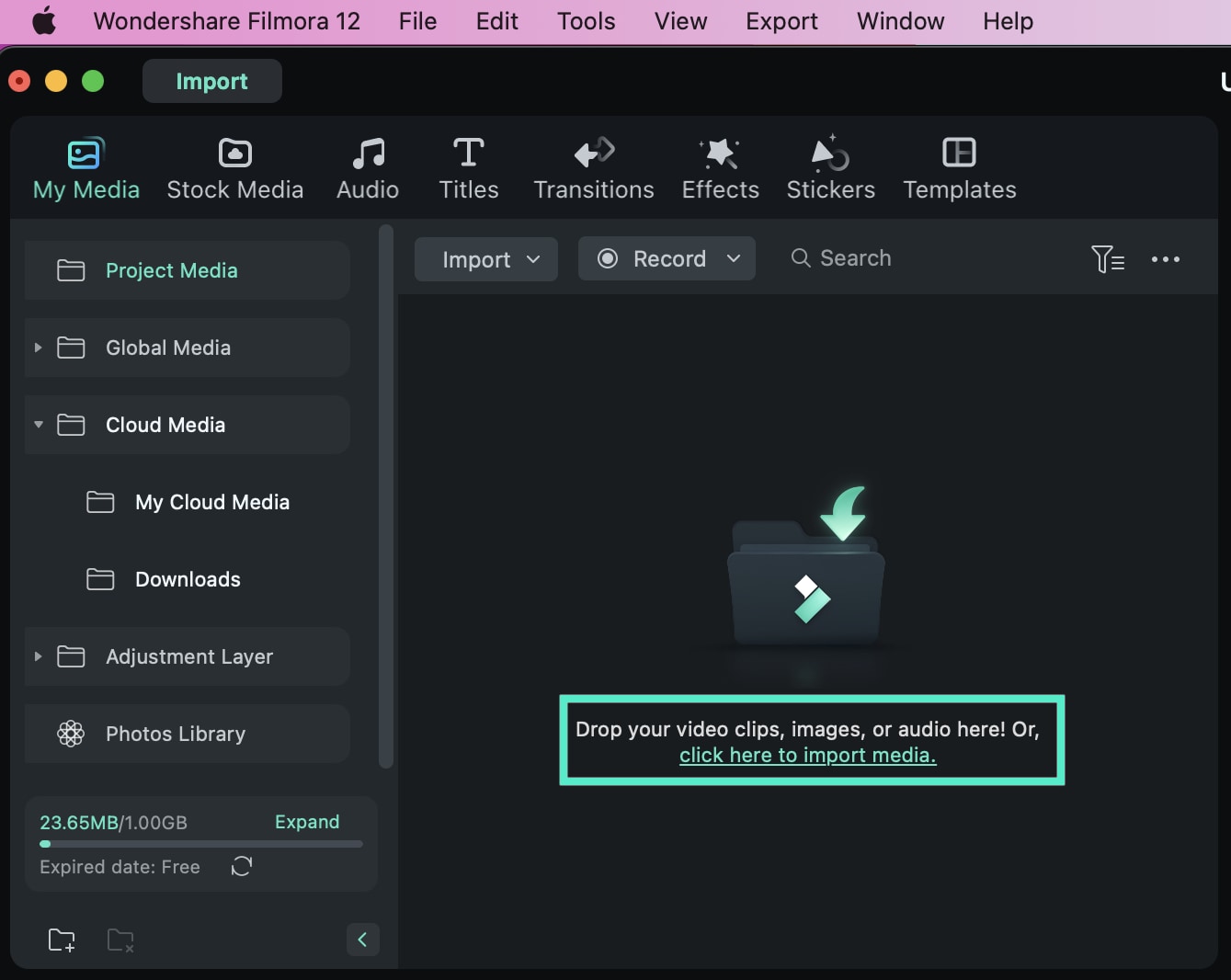 Importing Media to Filmora for Mac

Do you want to trim video on Mac, but can't find any feasible solution? Read this post and learn how to trim any video on your Mac with 2 smart apps.

Why can’t I apply the transition to the video?

Guide user to apply the transition to the files on the 1st track.