When you click the New Project button on the welcome screen, you will be taken to this screen, which is Filmora’s default interface.

If you forgot to set the aspect ratio from the welcome screen, or if you wanted to use a different aspect than the defaults. You can do so by choosing "Project Settings" from the File menu. 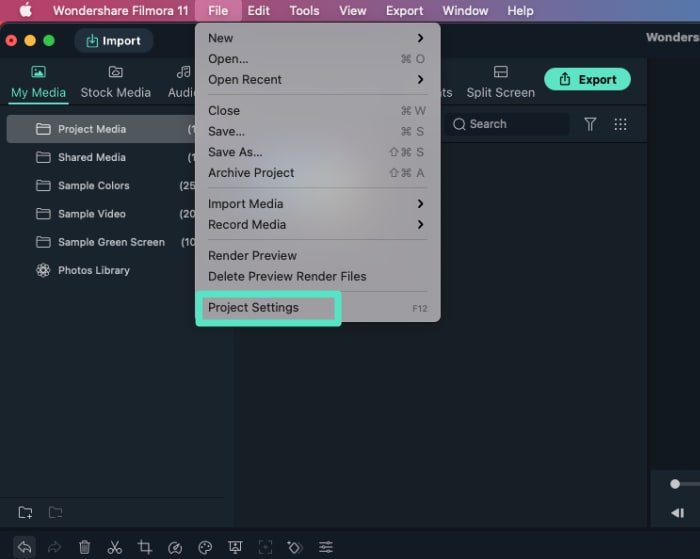 Now, you can pick the correct aspect ratio, resolution, and frame rate from the Project Settings window. To use a custom aspect ratio, what you have to do is to change the resolution. 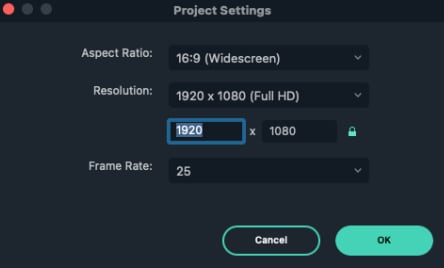 For example, if you are making an Instagram video, change the resolution to 1080 by 1350 and Filmora will automatically set aspect ratio for you. You can lock the aspect ratio by clicking on this lock icon here.

The video aspect ratio is the video width in proportion to the height. This ratio describes how wide your video is.

The frame rate is the number of frames a video will show within a second. Many digital video cameras shoot at 23.976 and 29.97 frames per second. These are the standards in countries that use the NTSC system.

The 25 and 50 frames/second are used by the cameras in countries that use the PAL system. Most movies work in 24 frames/sec.

Some TV shows and home cameras work in 30 frames per second which reflects a realistic motion similar to what we are used to seeing in real life.

Do you want to trim video on Mac, but can't find any feasible solution? Read this post and learn how to trim any video on your Mac with 2 smart apps.

Why can’t I apply the transition to the video?

Guide user to apply the transition to the files on the 1st track.