Audio Fade In and Fade Out

Add Fade In and Fade Out in Audio Pane

1. After adding the audio to the timeline, click on it to open the Audio edit panel.

2. Set fade-in and fade-out effects by dragging the sliders or by entering how many seconds a fade effect should last. 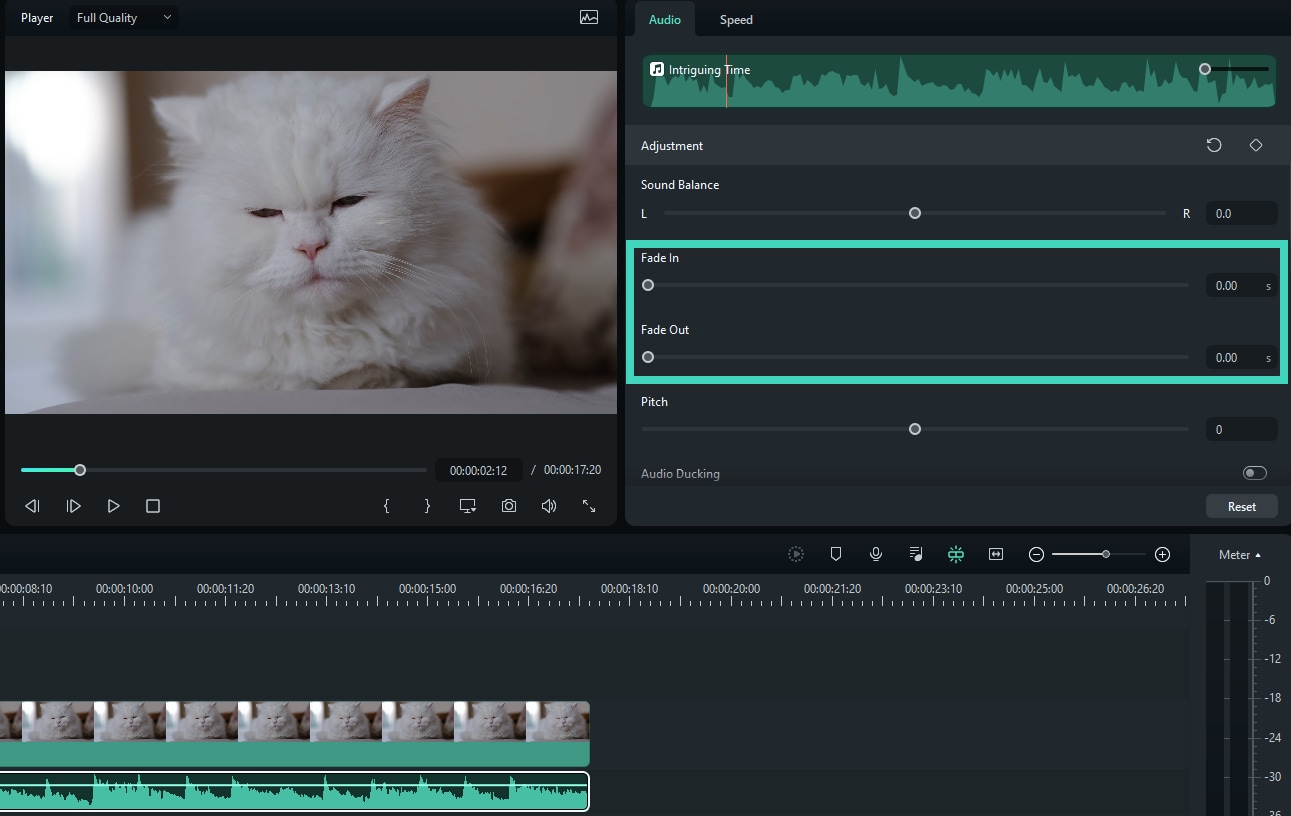 Add Fade In and Fade Out In Audio Pane

Add Fade In and Fade Out in Audio Pane

You can also use the fade icons at the left and right edges of the audio waveform areas to quickly fade in and out.

1. At the beginning of the audio clip, drag the fade-in maker to the right to apply a fade-in audio effect.

2. Go to the end of the audio clip and drag the fade-out maker to the left to add a fade-out audio effect.

Add Fade In and Fade Out Markers

The further you drag, the longer the fade effect will last.