In Filmora, you can choose to change speed uniformly or speedily. To change the speed of the video or audio clips variably. You need to use Filmora Speed Ramping feature.

Here you have three ways to go to Speed Ramping tab:

1 Double click on the video or audio clip that you want to change the speed. In the pop-up editing window, select Speed> Speed Ramping.

2 Right-click on the video or audio clip, go to the Speed Ramping

3 Kindly tab on the Speed icon on the toolbar, then choose Speed Ramping. 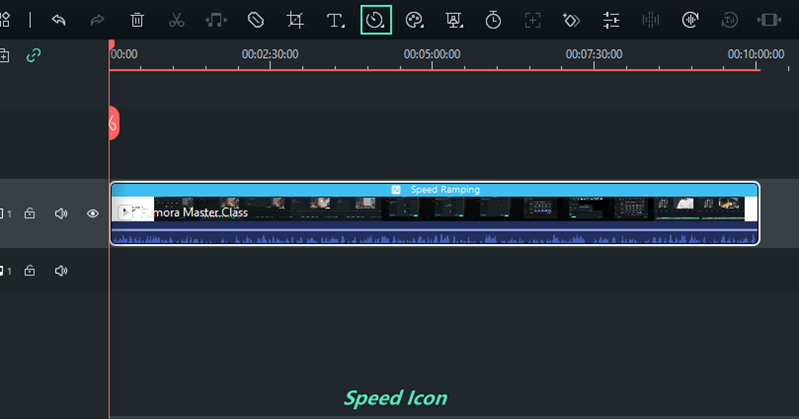 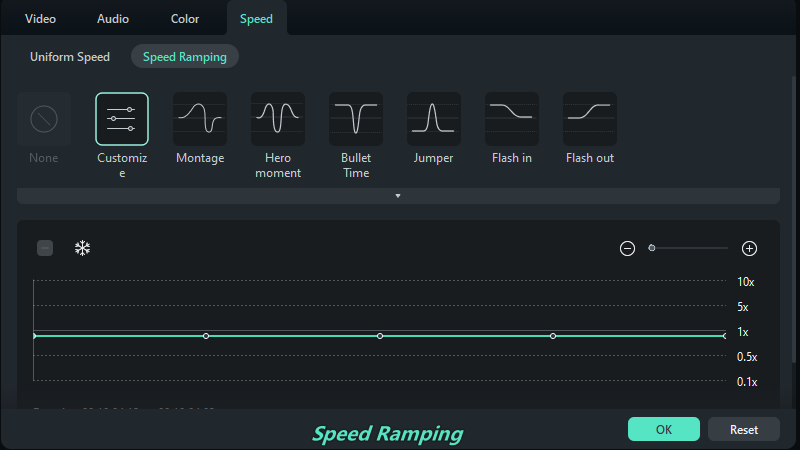 Place the playhead to where you want to speed up or slow down the speed or videos. Then click Add icon to add speed keyframes. After adding speed ramp, Filmora will mark Speed Ramping on the video or audio clips. Now let’s come to adjust the video keyframe speed, drag the keyframe dot upward or downward to control the point speed. Besides that, you can maintain the audio pitch whatever the video speeds up or slow down. 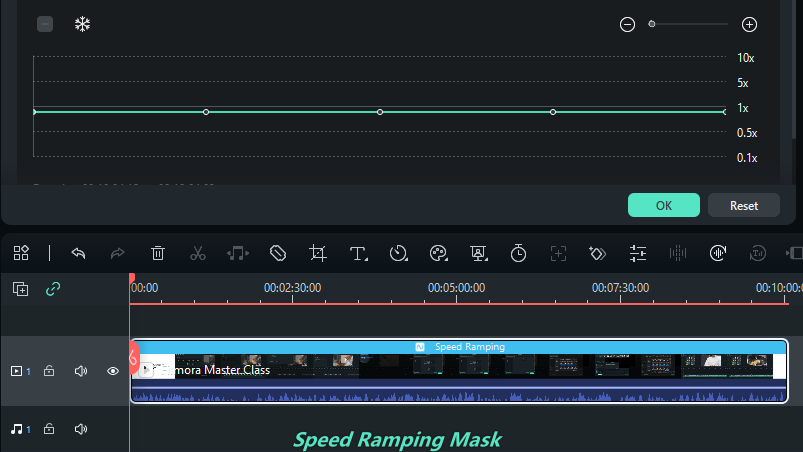